Raising Productivity and Morale in the Warehouse 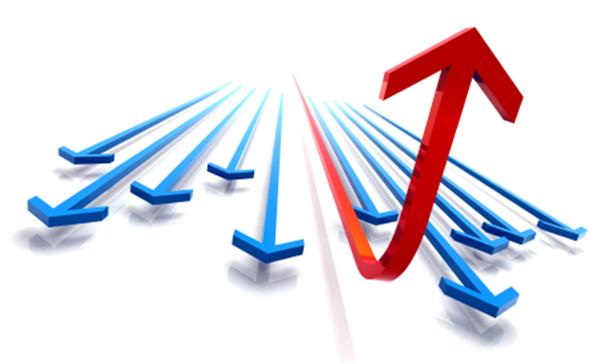 It’s a well-known fact that happy and motivated workers produce better results. A recent study found that happier workers were 12% more productive than their counterparts. It underlines staff morale and wellbeing is not just an HR goal: it’s fundamental to business performance levels.
The logistics sector employs millions of workers around the world and must actively manage morale to ensure it attracts and retains the best employees. The warehouse is a key focus here, and traditionally may not be seen as the happiest of working environments. But warehouse managers do now have the tools to keep workers motivated, in both what they are doing and how they are doing it, without even physically being there.The concept of talking to a machine may not sound like a great motivator, but voice technology has been found to have positive effects on warehouse workers’ worklife balance and overall wellbeing. How? Through providing clear guidance and direction over the course of the shift, and enabling greater efficiency. Through voice-directed work, warehouse staff use small belt-worn portable devices and headsets, leaving them hands-free and eyes-free, focused on the task at hand.

Instructions from the warehouse management system are delivered through the headset, one simple command at a time. The picker confirms each instruction verbally and the system is updated in real time. As instructions are given on an as-needed basis, pickers can concentrate on single actions without distraction or delay, thereby reducing errors.

Compared to manual processes, which involve checking lists or screens while simultaneously trying to carry out high volumes of goods without making mistakes, a great deal of the stress associated with warehouse picking can also be removed.

The result? Businesses adopting voice have seen an average increase of 20% in worker productivity compared with previous systems. At the same time, accuracy rates have risen up to 99,98%, critical when considering that the cost of returning an incorrect item is up to five times as much as processing a new sale.

Incentivise: But how does being more efficient make workers happier? It’s the responsibility of the warehouse manager to ensure that a good job does not go unrewarded. But again, voice can help. With voice in place, it is possible to introduce competition and make elements of the working day a game, offering rewards for completing additional tasks or meeting all targets for a set period. With precise instructions given by the warehouse management system, there can be no suggestion of bias towards workers, levelling the playing field for all.
Health and safety: Health and safety should also be considered as important to overall worker morale. Warehouses can be inhospitable at times but the increasing use of technology is helping to produce safer working environments. For example in freezer picking, wearing a voice headset means no need for workers to remove gloves to type information into a mobile computer, a small yet incredibly strong benefit through the course of a working day. Working with both hands free also makes it easier to lift heavy items safely, and having both eyes free means better awareness of the surroundings, thereby reducing the risk of accidents.

Cumulatively, all of this has a profound effect. Workers have been shown to be less tense at the end of the day. Their daily tasks become that much easier to achieve, there is a reduction in their worry of making a mistake, and they know they are working as efficiently as possible, allowing them to leave on time.

Is technology the deal-breaker? The use of technology can therefore be seen as an enabler for the productive warehouse. So does technology therefore become a factor in a worker’s decision of which company to work for? The choice between using more traditional methods of picking and voice technology, with the benefits as we have outlined, could become a tipping point to securing the best people.
Meeting peak demands: Having a more skilled and motivated workforce will truly pay dividends when seasonal peaks arise. By ensuring better accuracy, and putting people at the heart of the process, voice technology can help tackle these peaks without impacting negatively on workers. By being able to plan for peaks, voice customers have reported they don’t experience issues or see them as a major concern, citing the fact that they are able to upskill new workers quickly and effectively – and meet demands as normal.

Happy workers: happy managers? As the logistics industry continues to expand, working environments will doubtless come under further scrutiny. The use of voice in the warehouse means that companies can ensure the process of picking is being done in the most efficient way, allowing managers to focus on human elements including employee morale and wellbeing.

But of course, having these efficient processes will have already started to make the positive impact managers are looking for. Through allowing warehouse functions to perform at optimum levels, voice systems are building better working conditions, for both employees and employers. As everyone is working to similar levels of productivity it’s made managing the workforce much more predictable and accurate.